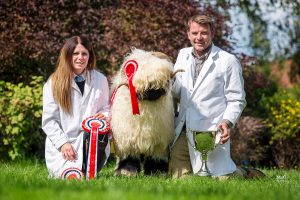 What a fantastic two days we have just had in Carlisle, with 195 entries of Valais Blacknose Sheep, on show were some of the best of the breed ever seen in the UK.  Raymond Irvine and Jenni McAllister triumphed again, this time with their Ram Highland Eric who was crowned Supreme Champion by the Swiss Judges Josef Eyer and Stefan Schnidrig. Reserve Champion went to Tim Dunne’s Westmorland Dilly. Highland Ebony and Westmorland Frankie were Reserve Female and Reserve Male. 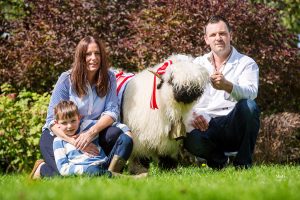 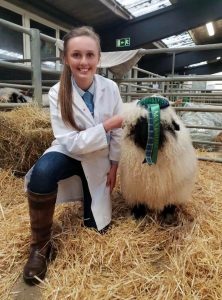 For the first time, special rosettes were awarded to all the sheep which were graded with Maximum Points by the judges.  The first to be handed out went to J & J Simonini’s Moorahill Elvis, others to receive them included Shoemaker Elsa, Deepdale Florrie, Kinneff Flora and Swiss Findon Faye. Other flocks to gain maximum points were Highland, Westmorland, Prendwick and Snowdonia. 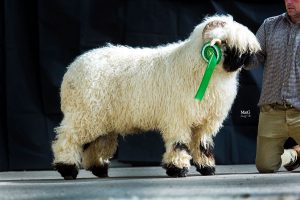 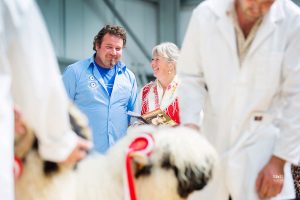 We would like to say a big thank you to the Judges for coming over from Switzerland and Marita Asp Tauni for coming from Sweden and doing such a fantastic job commentating on events. Thank you also to all the sponsors and members of the Society who helped before and during the show.